A Guide To Belgrade’s Underground Nightlife 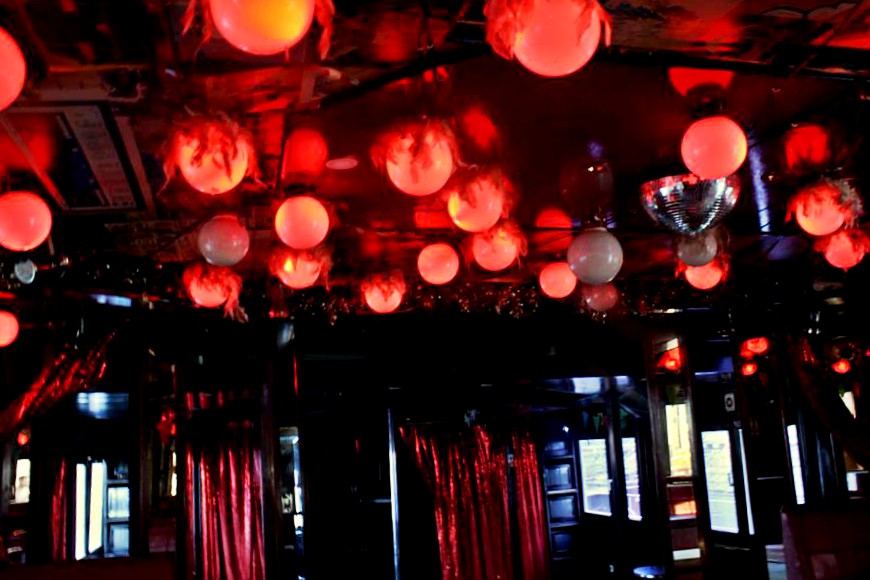 Belgrade is known for its unique nightlife. It’s a vibrant and lively nocturnal hub of countless bars and clubs in unusual places. Whether you want to dance till the sun comes up or just party with the young and lively crowd, this guide will help you make the most out of Belgrade’s dynamic dance music scene. Enjoy. 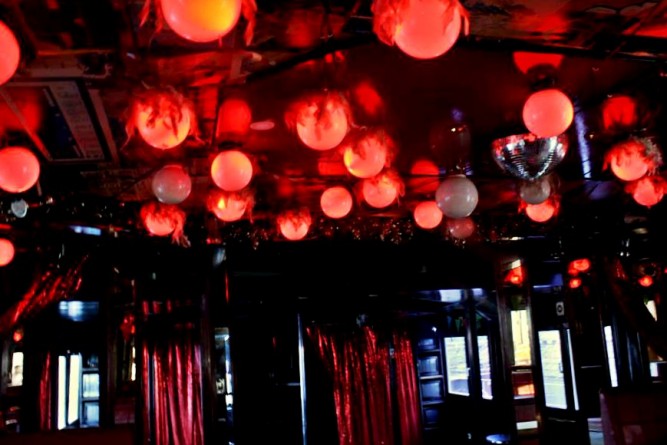 20/44, named after Belgrade’s coordinates, is a floating club on the Sava river. The first thing that overwhelmed me was the amazing view on the Kalemegdan fortress and the shiny Branko’s bridge. Dancing outside on the deck while watching the sunrise in combination with the river feels like some kind of magic. The boat is inspired by David Lynch’s Mullholland Drive, Silencio scene. I love the interior because once inside, it becomes pretty clear that the splav (engl. raft) was a strip club before. They kept the poles and the red velvets. Back in 2009, 20/44 was created as a venue for locals, who wanted to experience international DJs but did not have the  possibility to travel. By now, the 20/44 parties such as Disco not Disco or Beyond House are the perfect international/local DJ mix. No wonder that it can be found on The Guardian’s ’25 best clubs in Europe’ list. P.S.: 20/44 also organizes matinées and afterworks serving home made fish soup or barbecue. 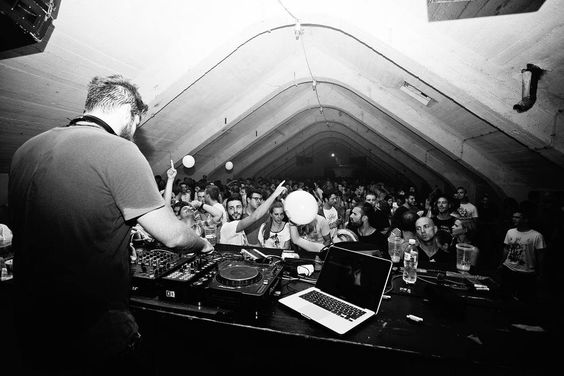 Reusing industrial spaces was always popular in Belgrade. Drugstore, a former meat dry house, boasts concerts, clubbing, cocktail bars, arts and cinema. (Check their Facebook fan page for the full program.) The club is located next to the Pančevo bridge. You can’t miss it, if you look out for a high metal staircase. Drugstore is the underground club in Belgrade. It doesn’t even get busy until at least 2 am. It’s a place, where you can experience a new kind of creative space. The dark interior reminds on a gothic styled cathedral and  can host around 1.000 people. The club is known for its original vibe, the mix of cool locals and international visitors and the brilliant soundsystem. The real treasure about this place is their secret garden, where the party moves during the summer months. 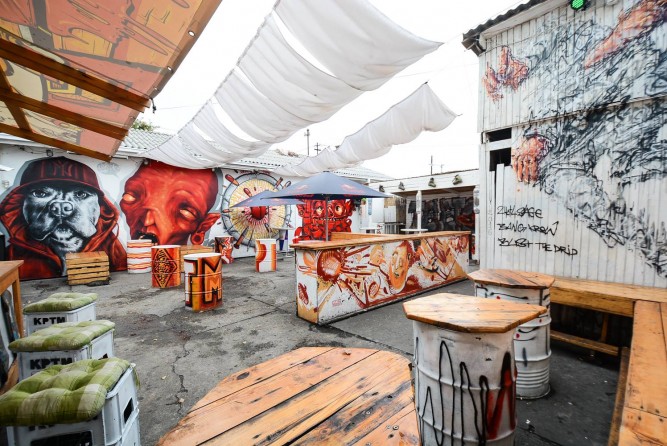 Hidden in the industrial part of lower Dorćol lies a former skatepark, which turned into a club over the years. KPTM’s concept is cultural center by day and parties at night. The club supports any kind of underground culture/subculture like beat box, inline skating, skate boarding, freestyle football, mountainbiking and many more. In other words, everyone has the chance to realise and share  his/her creativity there. KPTM offers a wide range of parties, from hip hop to drum & bass, including electronic music, progressive trance, dance hall and queer nights. There are open air parties during the summer months starting from 5 pm and afterhours beginning at 4 am. The cool thing about that place is, their interior and decor. It’s all recycled from the former skate park. Fun fact: KPTM is the short form for ‘Koliko para, toliko muzike’ which translated means ‘You get what you pay for’. 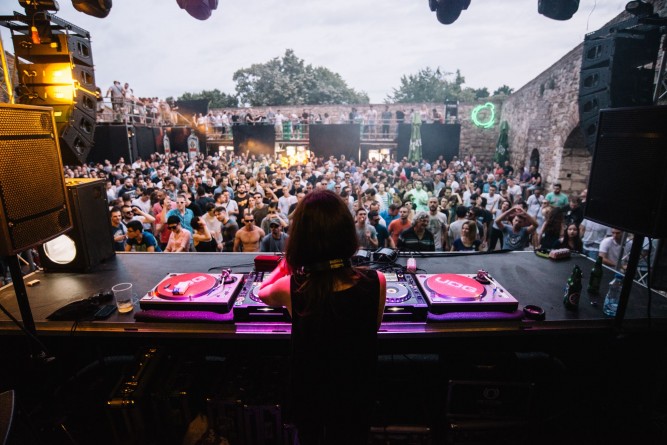 Barutana is an open air club located in the Kalemegdan fortress. In the 17th century, it was a gunpowder’s warehouse. During the summer months different electronic music parties and other events take place in here. The green space surrounded by the fotress’ walls is an exciting dance location. The best way to stay up to date is to follow Barutana’s Facebook Fanpage, where they share all events. 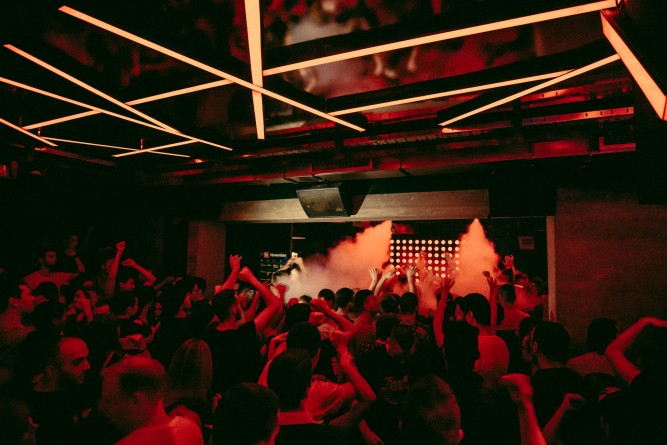 DOT is a small and intimate club hosting parties from Thursday until Saturday. Located in the city center, it is known for its amazing sound quality, nice vibes and a perfect combination of international and local DJ gigs. Further, the crowd is nice; happy people dancing all around the place. Attention: In Belgrade, all the clubs which are located in the city center close from early May to late September. KC Grad is an amazing place located in Belgrade’s hip neighbourhood Savamala. That’s between the central station and the right bank of the Sava river. As a cultural center they offer a huge amount of diverse events. So, at KC Grad you’ll not only experience movie screenings, theatre plays, language exchange evenings, exhibitions and food events, but also unforgettable party nights. I recommend the Midnight Orient party. There are always nice vibes, interesting beats and cool people. My favourite thing at this place is the garden and its view on the river. 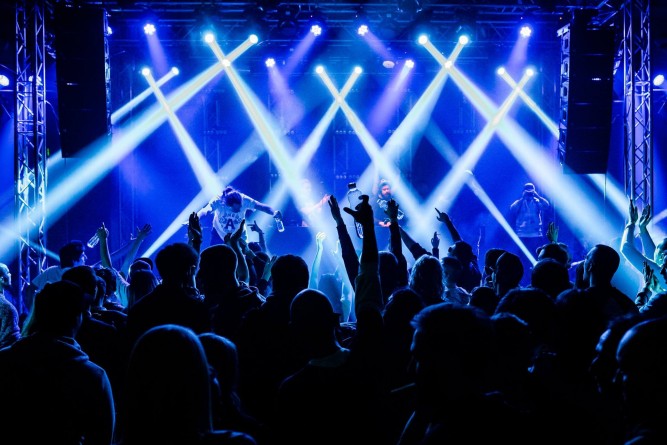 Most of the clubs have cover charges, but it’s nothing too expensive compared to other European capitals.