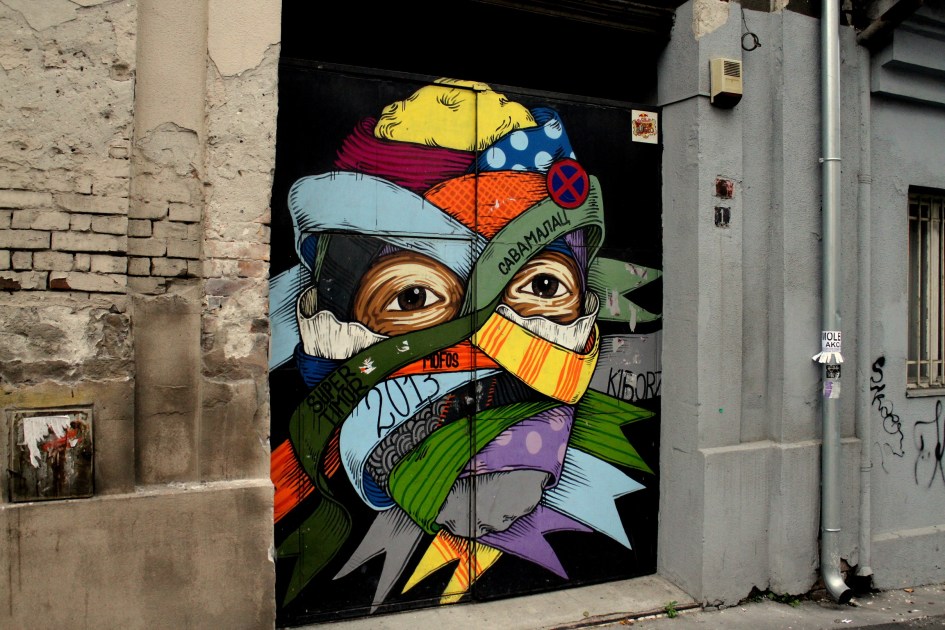 Savamala is one of Belgrade’s urban neighbourhoods, located between the central station and the right bank of the Sava River. It is known for its nightlife, streetart and creative happenings. 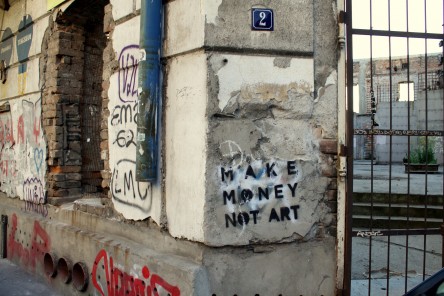 The word Savamala is composed of the river name Sava and the Turkish word Mahale which means neighbourhood or city quarter. Serbs translate it into “Little Sava”, because “mala” means little. The district’s most important streets are Karađorđeva Street, Gavrilo Princip Street and of course Branko’s Bridge. 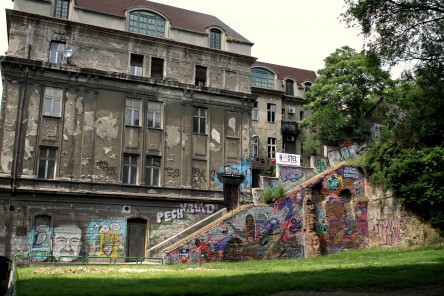 This quarter was built under the Austrian Occupation between 1717 and 1740. And also the first Serbian Uprising against the Ottoman Empire, lead by Karađorđe started at Savamala. In the middle of the 19th century, Prince Miloš Obrenović destroyed Savamala’s old shabby buildings, where the Roma population used to live and replaced them with new ones. 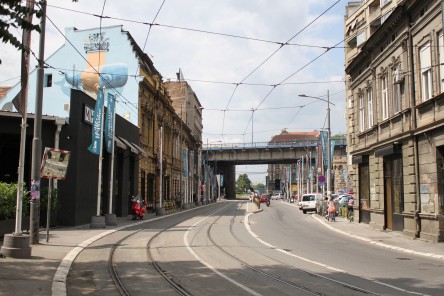 Soon this district became a very important port, where rich tradespeople settled down. And also an elite part of the city. Many historical buildings were lost during the WW I and WW II, such as the tavern “Zlatna Moruna”, where Gavrilo Princip and his supporters planned the assassination of Archduke Franz Ferdinand of Austria. 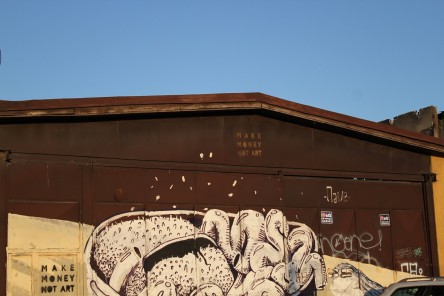 After the World War, Savamala became a shabby and abandoned district with a bad reputation.Trucks, which are on their way to the New Danube port are a constant source of pollution. In 2007, this part of the city turned into the first new wave of cultural activity led by free thinkers and cultural iniatives such as KC Grad, the Mikser Festival and Nova Iskra. 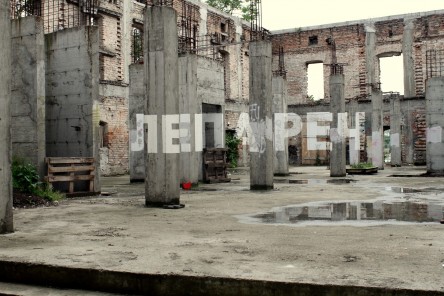 KC is the short form for cultural center. It was the first organization, which turned an old industrial place (a warehouse from 1884) into a cultural one. It is located next to the urban garden and hosts exhibitions, designer markets, workshops, concerts, performances, public viewings and conferences. They also organize cool parties with nice DJs and international cuisine evenings cooked by locals. KC Grad has also their own little shop, called Gradstor. 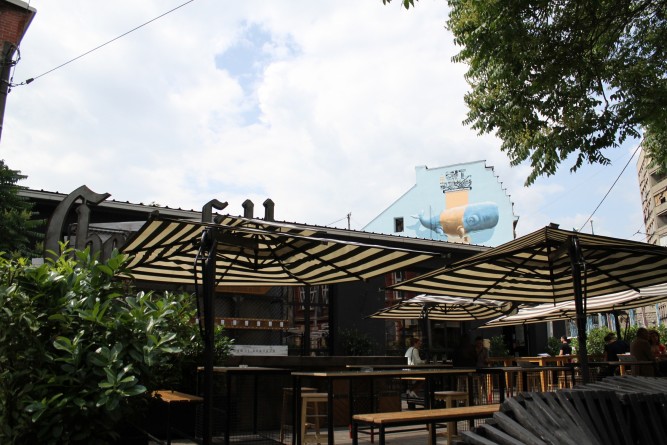 “Mikser is a multidisciplinary platform which centers around the affirmation of cultural industry of the Balkans and the organization of the biggest regional festival of creative arts. (Mikser Festival 8.6-12.6.16) Mikser gathers together professionals and enthusiasts who, through their different transcultural projects, support the development of national and regional creative economy, and who facilitate a dialogue between contemporary global trends and domestic, as well as regional practice.” – Mikser House 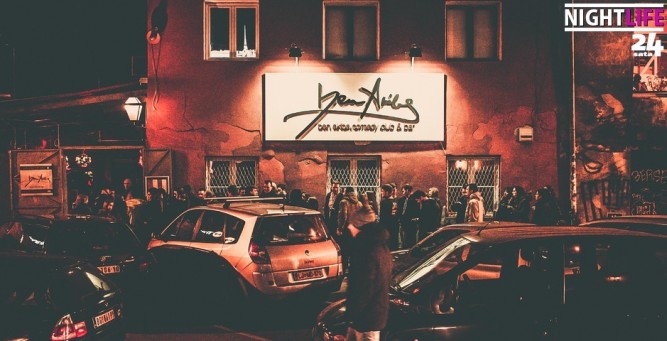 This place is Belgrade’s first stand-up comedy club and a gallery at the same time. Ben Akiba is the pseudonym of Branislav Nušić, a famous Serbian writer. They organize pretty cool parties and interesting exhibitions. Like every place in Savamala, Ben Akiba organizes a lot of different events, such as markets and film screenings. 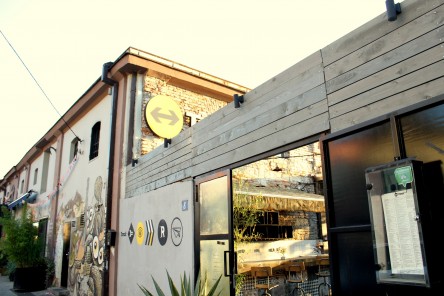 Tranzit Bar has a wonderful garden, perfect for a coffee during the day, but even better at night. Their parties (house, pop) are cool, especially outside, because the Sava River gives you a holiday feeling. If you are not a party-person, you can visit Tranzit in the late afternoon for a glass of wine. Try the food – it’s delicious because it is an international mix of the italian, french, spanish and greek cuisine. 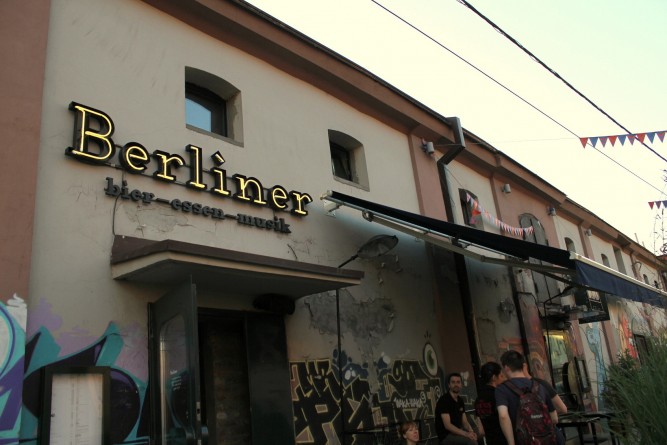 This is a place for all beer-lovers. Because Berliner serves 80 different kinds of beer from countries all over the world. If you are a fan of Bavarian food, like sausages you will love their dishes. You will also find chicken wings and other things, which go perfectly with beer on the menu. 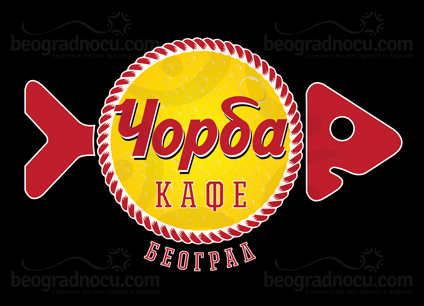 Čorba Kafe is a club, that reminds on the Hardrock Cafe, just without food and shop 😉 They feature live rock and pop/rock music. Every night from Wednesday until Sunday is a promotion night. On Thursdays you will get Rakija for a special price while on Fridays you’ll get another bottle of alcohol for free when ordering one. 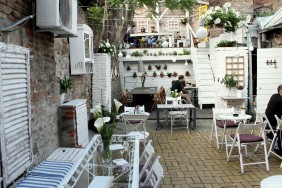 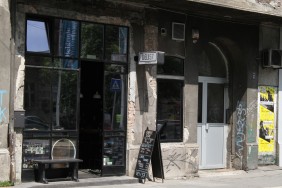 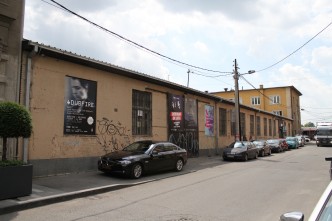 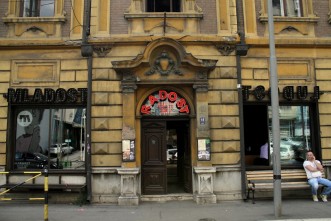 Few places, like the Refugee Aid Miksalište and the old Dvorištance were destroyed by a project called Belgrade Waterfront. They want to build some skyscrapers along the right bank of the Sava River, which means that the old places in Savamala are in danger. So, Savamala’s future is quite open. 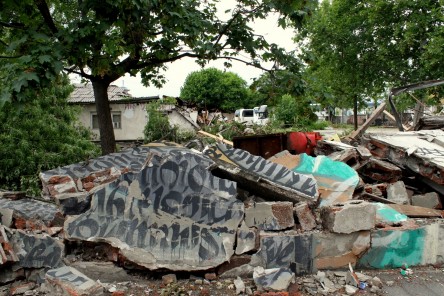 May the ghosts of Savamala protect this place 😉 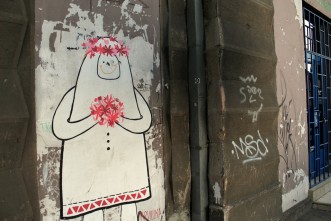 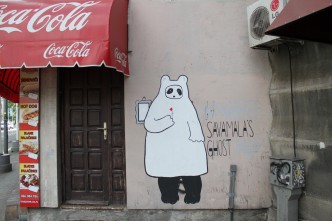