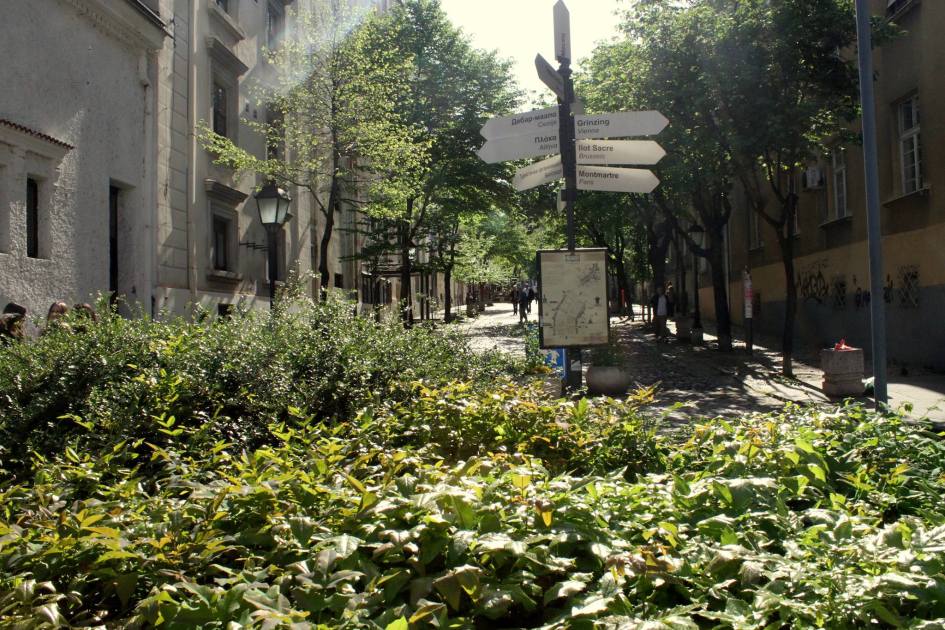 If you want to have a deep look at Belgrade’s soul – have a walk at Skadarlija, Belgrade’s Bohemian quarter, in the first hours of an early evening. This soft,  romantic place with its charming Belle Èpoque lanterns is surrounded by a magic atmosphere which will make you jump into the past. 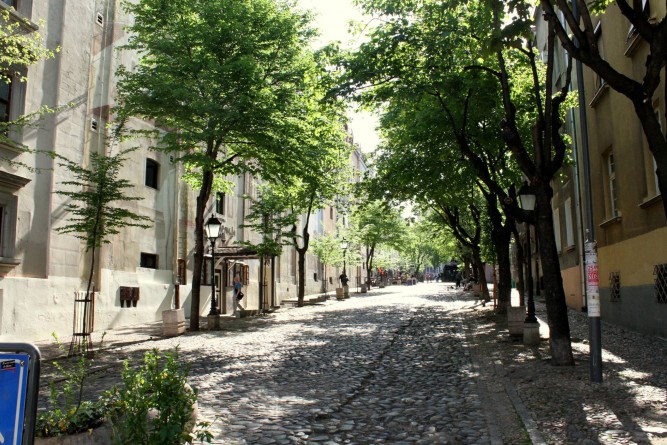 If Parisian painters discovered Monmartre, where Toulouse-Lautrec first moved followed by Modigliani, Soutine, Picasso then actors were the first to discover Belgrade’s Skadarlija, which was near the National Theatre and provided cheap room and board. Only a few dozen metres downhill from the small Kingdom of Serbia’s National Theatre, where Shakespeare, Moliere and Racine were staged nightly, the poor quarter called Skadarlija, forgotten by God and people alike, eked out its bare existence in the darkness of the late 19th century. Once actors had taken off their costumes off princes, kings and court jesters, they walked down to this cobbled street, down which water flowed in its eroded middle during spring and autumn rains. The houses were ground-floor hovels with rooms that were entered by crossing muddy yards. The only way to find any shelter and warmth was to go to one of the small, sooty cafés. 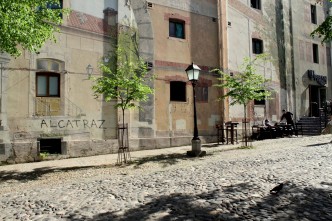 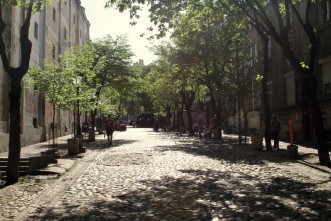 After the actresses and actors had discovered Skadarlija, and they were inclined to stay up all night, the writers followed – first poets, then prose writers. Right up to the end of the 19th century, a plethora of great literary figures, who now live in textbooks, made their appearance there. Stevan Sremac, Janko Veselinović, Milovan Glišić, Bora Stanković, Branislav Nušić, are only some of the legendary local figures who lived and wrote in Skadarlija. When a provincial teacher had to give a lesson on Romanticism, he brought the whole class to the Three Hats Café, gave his lecture, and treated them all to a beer. Actually, there is no other place in Belgrade that has been frequented by so many great writers as this particular Café with its low ceiling and washed-out walls. Every table in this café was once used as the editorial office of a newspaper or magazine. Proclamations, petitions, feuilletons, poems and stories were written on them.(…) In the seventies, a group of Belgrade artists, who used to meet at the neglected Three Hats Café, decided to renovate this old Bohemian quarter. 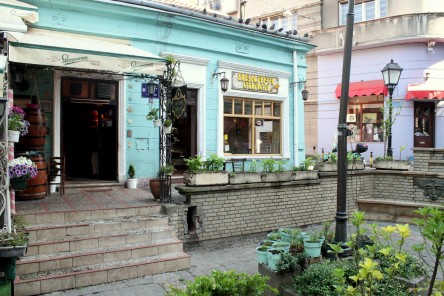 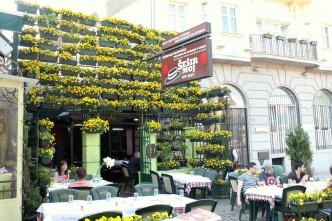 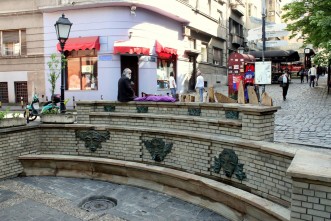 If I were to take you on a guided tour of Skadarlija, I would first invite you for a coffee on the terrace of the Two White Doves. Then, as a Snack, I would order warm corn bread with cold salted skin milk or kajmak at My Hat, where a splendid band of darksinned tamburitza players play splendidly. Then we would enjoy delicious veal soup at the Golden Bowl. At the Three Hats I would treat you to Serbian grill with sour cabbage sprinkled  with crushed red paprika, and then to a sweet walnut pie across the way, at the Two Stags. On this street, almost every restaurant has live music and all its musicians can play folk dances and any Viennese waltz. I couldn’t promise that while visiting the numerous restaurants, cafés, taverns and coffee bars, we would remain sober enough to go down to the last Café, Skadarlija, to greet the morning, but what I could promise is that you would leave Skadarlija in love (…) – Momčilo „Momo“ Kapor (1937 – 2010) 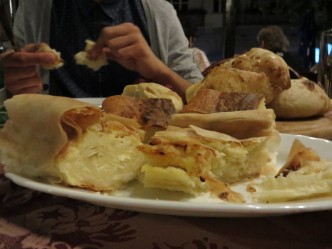 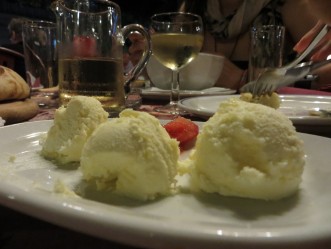