Kafana has its origin in the Ottoman Empire. It comes from the word kafa, which means coffee and is a local bistro that focuses on serving turkish coffee and alcohol beverages. Most of the kafanas feature live music performances, a traditional cuisine and meze of course. One can recognize a kafana by their red and white (or blue and white) checkered curtains and tablecloths.

But what is meze? It is of Persian origin, having reached Serbia via the Turks. It is something we eat while we drink.

The oldest kafana in Belgrade is called Kafana Question Mark (orig. Kafana Znak Pitanja, Kafana Upitnik) and is almost 200 years old (1823). It was property of Miloš Obrenović I, Prince of Serbia and was designed by a Greek architect, whos name is unknown.

Located in the Street of Kralja Petra 6, opposite the Saborna Church, the kafana changed several times its name. At one time, it was called after the church. After some church-protests, the owner didn’t find another name for the kafana. So, as a temporary solution, he put a question mark on the door – the name remained until now.

Once you enter, it seems like the time stopped there. They still got the low chairs from the time of Turks and decoration from the last centuries. First it was a merchant’s place for their business and then it got also a spot for social life. Famous bohemians, actors and artists were regular guests. 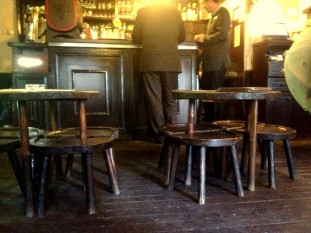 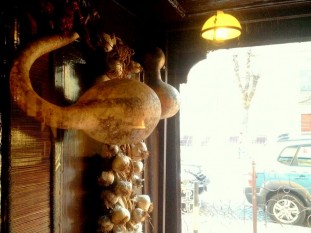 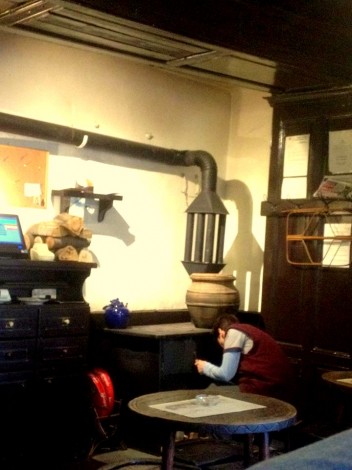 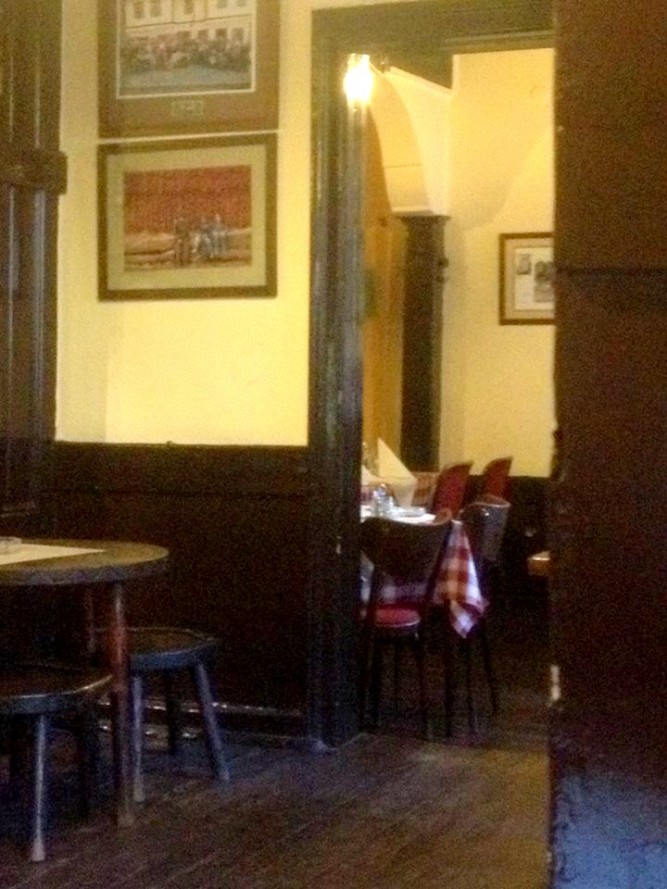 After WW II the oldest traditional tavern was declared as a heritage spot and has got a landmark protection by the city of Belgrade.

The service is very good, because only highly qualified waiters work there. Compared to other kafanas the prices are higher. But I still think “?”  has to be visited at least once because of its history. I recommend you the traditional veal soup and lamb under the bell. You will also have the perfect opportunity to try real RAKIJA (fruit brandy) there. If you want to sit outside, they also offer their little backyard. But don’t forget to make a reservation!

Few years ago, the kafanas in Belgrade got a new “clubbing” hotspot among young people.

Did you know?, Eat/Drink, Must see, Restaurants