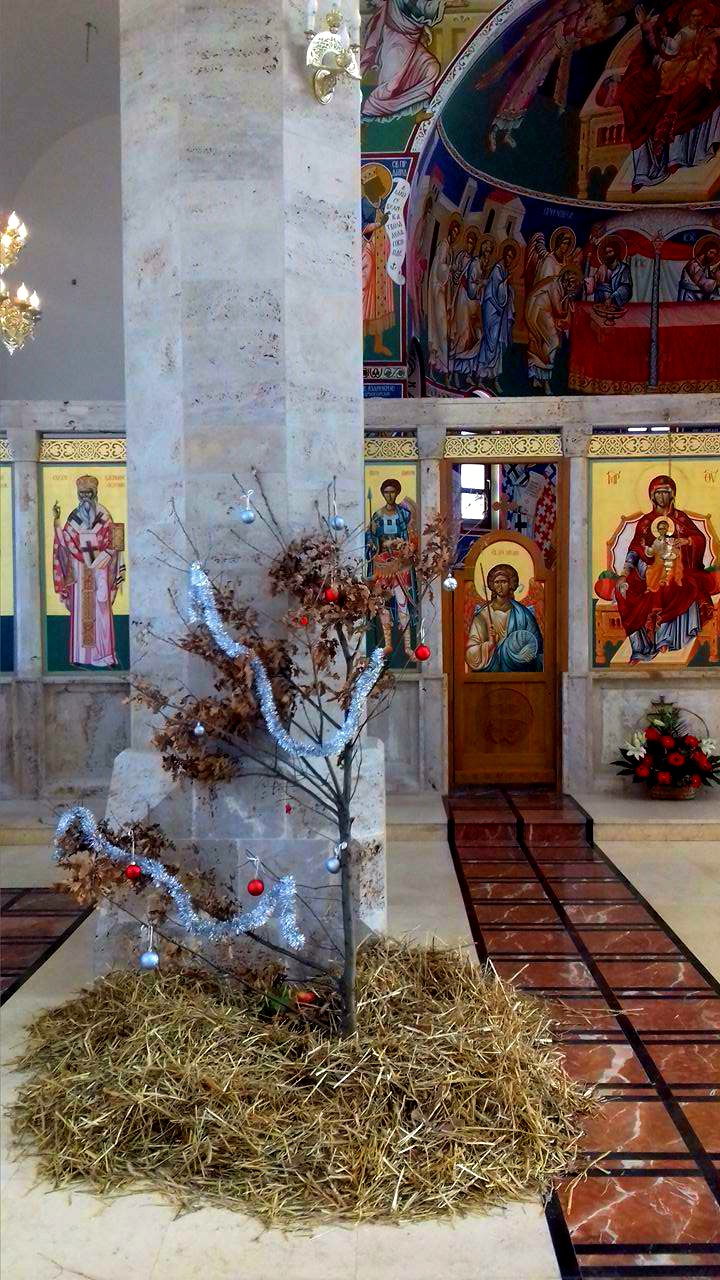 Serbian Christmas and Easter holidays apply the Julian calendar meaning that the Serbs celebrate Christmas on the 7th of January. There are a lot of intricate traditions varying from place to place. In a number of regions and areas, particularly in cities, old rituals were brought to date in order to keep abreast with modern ways of living and life styles. 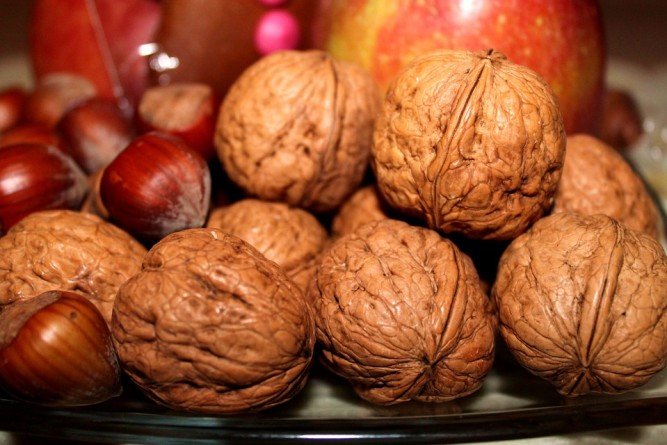 On the 6th of January, the Christmas Eve, people usually fast which means they abstain from eating any meat and dairy so one will find fish, boiled beans, nuts and dried fruit on the Christmas table. This is supposed to be a rather quiet evening without guests from elsewhere but the family members themselves. The next day, one’s nearest and dearest are welcome to come and visit in which case they are served with lavish food and drinks.

On Christmas Eve way back in the yesteryear the head of the family used to cut down an oak tree and brings it home. In this day and age, especially in cities, it is common to buy a bundle of oak branches and twigs tied up with blades of hay (=badnjak) at markets. People decorate their home with it. “The badnjak  symbolises the god of fertility (or a demon of vegetation), who is ritually burned so he/she may live again. It symbolises the annual cycle of the death and rebirth of nature. (…) it should secure abundant crops, fertility and the general well-being of the family.” (Momo Kapor – A Guide to the Serbian Mentality) Since the 1990s the church has organized a public burning, where everyone can add their oak branches and twigs to the bonfire. People, who live in villages get to burn the badnjak in their own fireplaces or in their gardens. According to the common wisdom, the more sparks there are in the fireplace, the more money there will be in the forthcoming year. 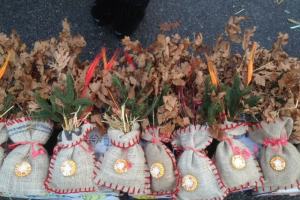 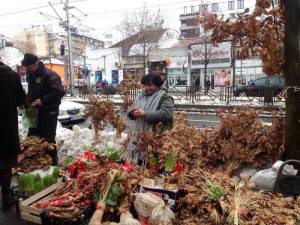 Pšenica is wheat grass, which is normally planted on the St. Nicolaus Day (19th Dec in small pots) The growing wheat represents resurrection, birth and a new life. 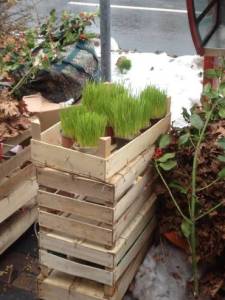 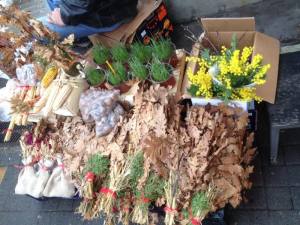 This is a loaf of rounded baked bread. A widespread custom is to put a coin into the dough while making it. On Christmas, all family members rise , stand in a circle, touch the bread and hold it in their fingers and kind of spin the bread round while saying their prayers. After that, every family member breaks off a piece of the bread. The one who finds the coin is believed to be earning lots of money in the coming year. Sarma, ruska salata (Russian salad) and meat are normally prepared for Christmas. 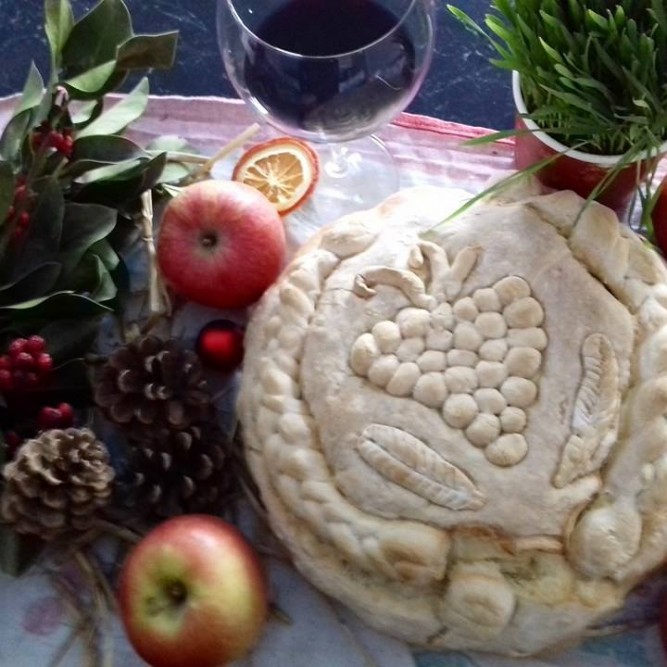 The Christmas Straw is spread over the floor and under the table. While the parents throw some candies and coins on the straw, children try to impersonate the little chicks humming the onomatopoeic sounds “piu, piu, piu” and collect as much as they can. I know, it sounds awkward. 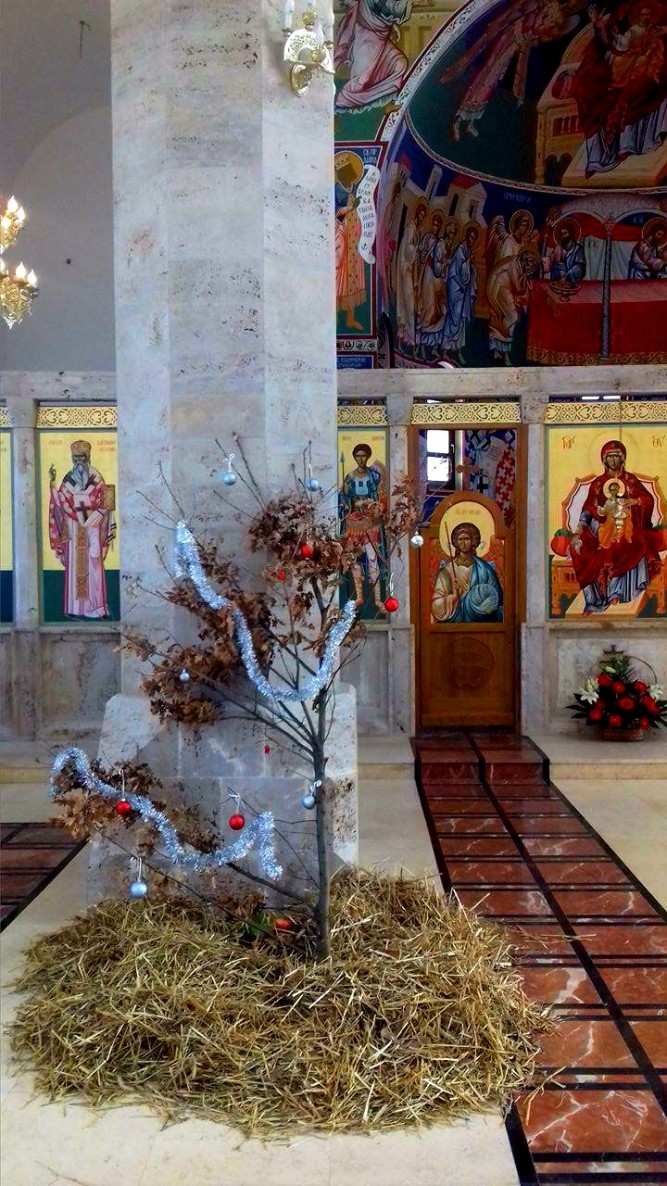 A long time ago the most important thing for Christmas was the log of an oak tree. Throughout history, the Serbs seem to have adopted the Christmas tree from other traditions as well, which they put up and decorate on the 31st of December.

Giving gifts on Christmas was not a Serbian tradition. Instead , there are the three Sundays before the end of the year, where there is a gift exchange between parents and their children. Let me illustrate by giving one example . Children tie up their parents ‘ legs or feet in their sleep. In order to untie them, they have to give presents to the children. Nowadays Serbians give presents on the 31st of December or on the 7th of January. 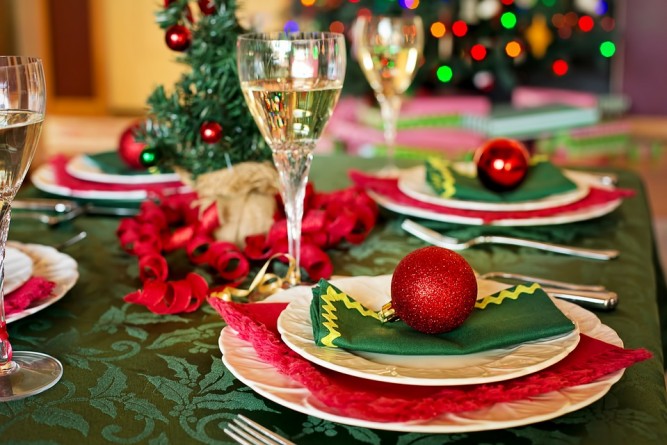